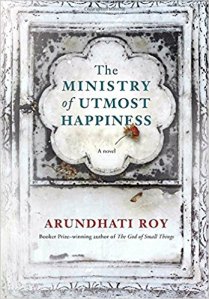 By Parul Sehgal, the Atlantic, July/August 2017

To so confidently believe oneself to be on the right side of history is risky—for a writer especially. In that balmy glow of self-regard, complacency can easily take root. And good prose demands a measure of self-doubt—the worry that nags at a writer, that forces her to double back on her sentences, unravel and knit them up again, asking repeatedly: Is this clear? Is this true? Is this enticing? This book has a slackness to it that suggests Roy has abdicated some of these anxieties.

BOHUMIL HRABAL DIED only once — in Prague, on Feb. 3, 1997 — but there are at least two versions of the story.

In the first, Hrabal — one of the great prose stylists of the 20th century; the scourge of state censors; the gregarious bar hound and lover of gossip, beer, cats and women (in roughly that order) — slipped from a window while feeding birds at the hospital where he was being treated for arthritis.

In the second, Hrabal, whose books had been periodically banned by the government and burned by dissidents, now tormented by loneliness, became consumed with jumping from the fifth floor of his apartment, “where every room hurts.” He wrote about others who had fantasized about jumping from the same floor: Kafka, Rilke’s character Malte Brigge. And on a winter’s day, a couple of months shy of his 83rd birthday, he threw himself from a fifth-floor hospital window.

Because this is Hrabal, in whose work beauty, pity, sorrow and high silliness come tightly braided, both versions have prevailed; there is no official narrative. He leapt and fell to his death. He died of an excess of despair and enthusiasm, both retreating from life and nourishing it.

It’s a death out of his own fiction, with the grave absurdity of his greatest novels — “I Served the King of England” (1971); “Too Loud a Solitude” (1976); “Closely Watched Trains” (1964), made into an Oscar-winning film in 1966 — that mournful laughter in the dark. He once said his comic sensibility was shaped by a warning on a dry cleaner’s receipt: “Some stains can be removed only by the destruction of the material itself.”

IT’S A TRUTH only selectively acknowledged that all cultures are mongrel. One of the first Indian words to be brought into English was the Hindi ‘‘loot’’ — ‘‘plunder.’’ Some of the Ku Klux Klan’s 19th-century costumes were, of all things, inspired in part by the festival wear of West African slaves; the traditional wax-print designs we associate with West Africa are apparently Indonesian — by way of the Netherlands. Gandhi cribbed nonviolence from the Sermon on the Mount.

THIS SPRING, THE novelist Chimamanda Ngozi Adichie put a new spin on the commencement speech, that most staid of genres. Speaking at Wellesley College, she didn’t emphasize how the graduates had been helped by their education, but how they had been hindered by it. She invoked their privilege — and her own — to describe how ‘‘privilege blinds.’’ As a highly educated woman, she told them, she hadn’t always been alert to the ‘‘nuances’’ of people who were different from her. ‘‘Privilege blinds, because it’s in its nature to blind,’’ she said. ‘‘Don’t let it blind you too often. Sometimes you will need to push it aside in order to see clearly.’’

Adichie was speaking to her audience in their own language. The word ‘‘privilege’’ has become ubiquitous on college campuses — but in her coolness, in her ability to claim her own privilege without anxiety or abjection, she restored some dignity to an overstuffed, overheated word.

Francis Bacon said he wanted “to paint the scream more than the horror.” Marilyn Minter’s multivalent mouths manage to be both the scream and the horror, the laughter and the joke. “I’ve always been interested in things that drip, things that sweat, wet things,” she says. Her work celebrates this leakiness in self and sensibility, too, in pleasures that can’t be bound by ideology or taste. Everything runs in her work, everything runs free.

As an institution, the family is in the curious position of being regarded as both crucial to human survival and inimical to human freedom. It bears a note of bondage down to its root; family, that wonderfully warm, nourishing-sounding word (it’s the echo of mammal, mammary, mama, I suspect), derives from the Latin familia, a group of servants, the human property of a given household, from famulus, slave. Since its beginnings, family has carried this strain of being bonded—and not just in body but in imagination. “In landlessness alone resides the highest truth, shoreless, indefinite as God,” says Ishmael, setting sail in Moby-Dick. On shore, we are to understand, our minds remain manacled, too absorbed with the hearth to look up at the stars. The first thing the Buddha did in pursuit of enlightenment was to leave home (after naming his newborn son Rahula—“fetter”). For writers, the family has been posited as an especially hazardous pastime; as Cyril Connolly’s lugubrious forecast goes: “There is no more somber enemy of good art than the pram in the hall.”

END_OF_DOCUMENT_TOKEN_TO_BE_REPLACED 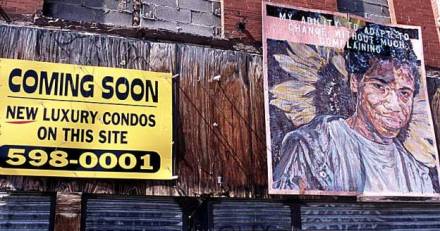 “Thrive, cities,” Walt Whitman wrote in “Crossing the Brooklyn Ferry,” one of his great love songs to urban life. “Expand” but “Keep your places.”

This tension is at the heart of DW Gibson’s “The Edge Becomes the Center: An Oral History of Gentrification in the Twenty-First Century,” a noisy, tender tour of New York much in the mode of Studs Terkel, and a companion volume of sorts to Mr. Gibson’s “Not Working” (2012), which featured interviews with people who had recently lost their jobs. The new book is a slurry of voices. Mr. Gibson talks to the gentrifiers and the gentrified, state senators and the homeless men of the Bowery Mission, developers and community organizers, celebrated artists and the brokers who hype real estate as the art form of the moment.

Something interesting happens when a word that suggests action is applied to beauty: It recasts beauty as something that can be done, pulled off — not just possessed. On Instagram, Tumblr and Twitter, when “flawless” is used as praise, it implies a friendly interest in workmanship — in a brow arched just so, in contouring cream ingeniously applied, in effort and experimentation as much as the final effect. True, “flawless” has its own conventions and idiosyncrasies: It usually refers to a certain kind of regal woman — think Beyoncé, Rihanna, Michelle Obama — with a sculpted look that feels achieved (also, possibly, complicated and expensive to maintain). But its abiding spirit is generous and even vaguely campy; it honors the artifice in all beauty and is skeptical of anything wanly “natural” or “authentic” that conceals the trouble it took. Its ethos could be Simone de Beauvoir’s observation that “one is not born but rather becomes a woman.” 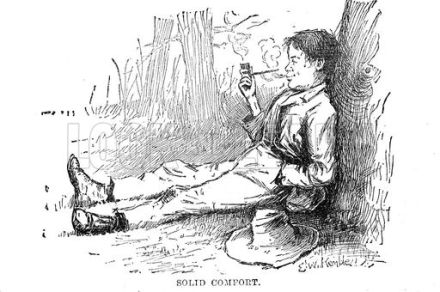 No book is as regularly ransacked. Bowdlerized, when not outright banned, from the moment of its publication in 1884, it has been read like a rune and interrogated for its embodiment of American anxieties about race and freedom and language, the call of the open road (or river). “The brilliance of ‘Huckleberry Finn,’ ” Toni Morrison wrote, “is that it is the argument it raises.” 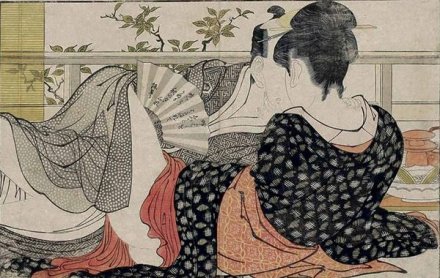 Illustration from “The Poem of the Pillow,” by Utamaro.

There is some unpardonably bad sex writing, most of it unprintable here (and, in a just world, anywhere). We must contend with “uterine” as a favorite adjective. We must contend with a tender, anxious regard for virility and the concomitant dread of the “female sex organ,” variously depicted as cave or coffin. We must suffer nonsense like: “Woman steals sperm as Prometheus stole fire. Stealing what belongs to the gods.” Or, worse, Quignard’s odd ideas about evolution: “There is only one human posture — standing upright on account of the erection.”

Parul Sehgal
Create a free website or blog at WordPress.com.