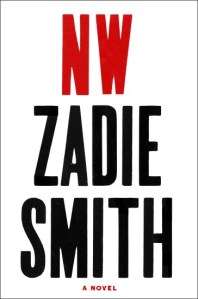 Pity; they used to be such nice girls. Leah Hanwell and Keisha Blake grew up together in a grim housing estate in North West London. They acquired university degrees, good jobs, political convictions, pretty husbands. And they’re miserable. Now in their mid-thirties, they’re pickling in bile and coming apart. Leah has become fixated on a local woman who bilked her out of thirty pounds. She’s secretly taking birth-control pills, scuttling her husband’s plans to start a family. Keisha, who’s gotten posh and changed her name to Natalie, is spending a bit too much time on a website catering to people with specialized sexual interests (specifically, black females aged eighteen to thirty-five). They’re not so nice anymore. They’ve become the kind of women who are “on a war footing, constantly, even at brunch.” They hate their friends. They hate their mothers. They believe “happiness is not an absolute value. It is a state of comparison.” They believe that friendships between women are rooted in “ruthless comparison” and that “marriage [is] the art of invidious comparison.” They sing songs in the key of contempt.

Zadie Smith’s new novel, NW, is at once a subtle investigation into the intersections of race and class, and a kind of detective story—what’s eating these two? What’s turned those plucky pals into women so slack they can’t even revolt properly? They’re girls gone mild, quietly rattling their cages, contemplating insurrection and going online instead. They can’t even find harbor in each other. It’s Smith’s bleakest book yet, telluric and about as nihilistic as this sunny writer can get. NW is more restrained and emotional than the kinetic White Teeth and The Autograph Man, and it achieves its control without the scaffolding of On Beauty, Smith’s retelling of Howards End set at an American university. Instead of the riffs and jokes, the hectic camera angles, the busyness (tics the critic James Wood once derided as “hysterical realism”), she relies, in NW, on long shots and close-ups. She fades in and out of scenes slowly, particularly a recurring scene of a man and woman in bed. She lets the book breathe. Instead of the usual mushrooming subplots, NW sticks to the two women, Keisha and Leah, whose accounts flank a third, the story of a young man named Felix. Sweet, simple Felix, the book’s sacrifice. His death, like the suicide of Septimus Smith in Mrs. Dalloway, is a death of his time and town, a memento mori that forces the women into a crisis. The three stories intersect during Carnival. Smith guides Leah and Natalie’s narrative, which takes them from childhood deep into the intrigues of their secret lives, all while Felix goes about his unremarkable, final day. He checks up on his dad. Buys a secondhand car. Sleeps with an ex-girlfriend. Hops on the tube.

Smith’s fiction has never been this deadly, direct, or economical—and she’s still having more fun on the page than Wood would think is strictly necessary. NW is embroidered with eccentric flourishes—a (baffling) prose poem here, a section in numbered sequences there. And the staccato street scenes let her strut. There’s a bit of Frank O’Hara and a lot of Mrs. Dalloway in these descriptions. Smith takes Virginia Woolf’s delight in “life; London; this moment of June,” the city’s “swing, tramp, and trudge,” and remixes it with the “sweet stink of the hookah, couscous, kebab.” There’s a distinctly modernist cast to NW, in the parsing of the march of the mind, how it speaks to itself in clipped images and directives. Here’s how the book begins: “Shriveled blossom and bitter little apples. Birds singing the wrong tunes in the wrong trees too early in the year. Don’t you bloody start! Look up: the girl’s burned paunch rests on the railing.” It’s a miracle of mood: Hear the jeer in the bursting b’s of blossom and bitter and birds and burned. Leah, sulking in her garden, is spitting these words. Like an overture, the opening hints at all the themes to come—unwelcome, forsaken fertility (those withered blossoms and apples), the creep of time (the birds)—but the star of the sentence is that little paunch and all that it connotes of unseemly and oddly poignant (it’s in the sunburned) flesh-bound femaleness. For it’s in this realm that the trouble began, set off by a flurry of e-mails from their friends.

From these photographs to the bleating of their mothers (“Of course, you girls do everything differently now. You wait and wait and wait”), Leah and Natalie begin to suspect a conspiracy that everyone is suddenly “willing them to reproduce. Relatives, strangers on the street, people on television.” Smith piles on the symbolism heavy-handedly; the world of NW is rife with ripe apples, runny eggs, and pregnant foxes. At dinner parties, conversations turn to birthing techniques. We’re all just “captive animals, contemplating a return to nature,” Leah thinks, and terrifyingly, a return to living in time, in a peculiar way. Adrienne Rich may hold that “time is male,” but for the women of NW, it’s oppressively female. Women’s bodies are beholden to and grim reminders of time, obligation, death, dreary domesticity.

Faced with this imperative to go forth and multiply, the two women here, as is their wont, take opposite courses. Leah resists, as she always has. Natalie succumbs, as she has always succumbed, to doing as she is told (“She had no intention of being made ridiculous by failing to do whatever was expected of her”). It’s their pattern. Raised to understand that as a black woman “she did not have the luxury of mediocrity,” Natalie swotted during their school days. She “educated herself on the floor of Kensal Rise Library while Leah”—white, insouciant Leah—“smoked weed all the live-long day.”

Where, why, and how these women diverge is the book’s inquiry and one of Smith’s great obsessions: ideological differences between intimates, how we grow with—and apart—from the people we love best. Think of the twins from White Teeth; why does Millat turn to Islam and Magid to science? Why does The Autograph Man’s Alex-Li Tandem persist at autograph collecting when Joseph Klein, the friend who introduced him to the hobby and worshipped it so, cannot? And behold the Belseys of On Beauty, proof of the limits of Mendelian genetic theory, a household that has produced a neurotic, a rapper, and a Jesus freak. And in the world of NW, why does Leah take refuge in fantasy and Natalie in sex with strangers?

Smith once said it wasn’t the job of the novelist “to tell us how somebody felt about something, it’s to tell us how the world works.” In NW, she’s done both: She’s given us a book soggy with feelings but one that illustrates how political identities—race, class, sexual orientation—influence our putatively personal decisions, how our choices are as distinctive as our fingerprints. Smith gestures at how Natalie’s and Leah’s feelings about work, marriage, motherhood, and each other are deeply tinctured by their differences—but tenuously. There is no thesis, just a tangle of insinuations absorbed into a fragmentary structure that cleverly conceals the book’s scattered flaws, notably the ending, which, unfortunately but unsurprisingly (endings never having been Smith’s forte), feels utterly arbitrary.

Frank Rich observed of Smith’s novels, “The racial melting pot is an established fact, to be savored and explored rather than mined for sociological morals.” He’s wrong, of course. There are sociological morals on every page, but she makes them with such humor, and—save for in NW—with such cuddly protagonists, that she’s never threatening. In NW, a senior black barrister counsels Natalie to be temperate in court. “Passion,” she says, “mine, or yours, reads as ‘aggression.’ To the [white] judge. This is his house and you are an interloper within it. And let me tell you, with a woman it’s worse: ‘Aggressive hysteria.’” It’s a lesson Smith has imbibed. She’s tart but careful. She lampoons with asperity but never cruelty. And because she doesn’t seek to embarrass or indict, it’s easy to overlook the serious questions she raises and think she’s just out to entertain.

And entertain she does. How deftly she folds philosophy into fiction, how swiftly she evokes personality (“I’m-a-male-nurse-I-find-hip-hop-too-negative-I-can-cook-curried-goat-I-want-to-move-to-Nigeria”). And how wildly Wildean her aphorisms: On Amy Winehouse, another daughter of North West London, she writes, “What a difficult thing a gift is for a woman! She’ll punish herself for receiving it.” Where gifts are concerned, Smith is generous with hers; she writes, one feels, with our pleasure in mind. It’s worth remembering that, as a child, she wanted to be a tap dancer. She wanted to work with Gene Kelly. What does Kelly do? He dazzles. He makes a beautiful noise. We don’t mind his missteps; they remind us of the impossibility of the enterprise. He is so dizzying and inventive, we notice his smile not his sweat, the seeming spontaneity not the intricate technique. NW is Zadie Smith’s riskiest, meanest, most political and deeply felt book—but it all feels so effortless. She dazzles. Gene Kelly would be proud.