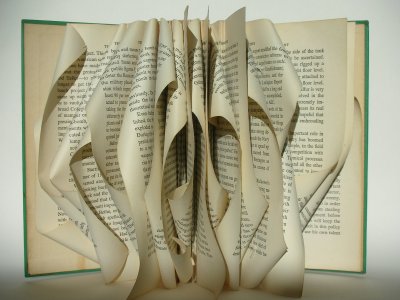 I don’t remember when I first realized that books could go away, that they could — and did — pass into obscurity or out of print. Myra Breckinridge by Gore Vidal, All About H. Hatterr by G.V. Desani, Speedboat by Renata Adler, the sublime An Armful of Warm Girl by W.M. Spackman. Each of them, snuffed out. It seemed a scandal. But I vividly recall becoming aware that particular books were prone. To take chances with language or form was to court extinction.

But every now and then, if the moment is right, if the culture is finally ready or a champion found, these books return. (Most of the novels mentioned above have been brought back into print, though Myra has not. Vidal’s heroine so intent on “the destruction” of the American male still waits for her moment.) This summer I’m reading and recommending books that have been restored to us, that have been reissued, reimagined or — in one instance — presumed lost and discovered for the first time. 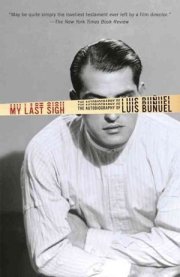 My Last Breath: The Autobiography by Luis Buñuel

Luis Buñuel, Paperback, 256 pages
I’ve long loved this strange, slanted little book for its offhand genius and excellent gossip. But I used it to prop up a wobbly table in Calcutta in 2003 and haven’t seen it since. It’s been reissued, and I’m happy to find it as remarkable as I recall. Like any surrealist masterpiece, it’s playful, subversive and (frequently) baffling.
Devoted to protecting the “essential mystery in all things,” Buñuel doesn’t excavate the past or take us behind the scenes of Belle de Jour (a pity). It’s not information he cares for, or veracity, but wisdom and beauty; not memories but the act of remembering. Scenes come to us highly aestheticized. In one early memory, Bunuel walks with his father in an olive grove. They come across a strong, very sweet odor, and then the bloated body of a dead donkey. Around the carcass, vultures staggered, too full to fly. He’s a confident, discursive writer eager to riff on what he loves (“vast damp forests wreathed in fog,” “little tools like pliers,” firearms) and loathes (crowds, Borges, newspapers). He recounts meeting Hitchcock, collaborating with Dali, mourning Federico Garcia Lorca, attempting an orgy with Charlie Chaplin. He settles scores and spills his friends’ secrets shamelessly. On the topic of Dali’s sexual proclivities he tells us that the painter was fond of seducing American heiresses, but being almost entirely asexual, “those seductions usually entailed stripping them naked in his apartment, frying a couple of eggs, putting them on the women’s shoulders, and, without a word, showing them to the door.” 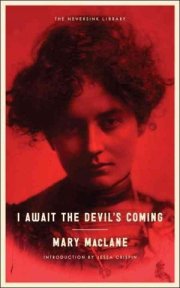 I Await the Devil’s Coming
Mary McLane, Paperback, 162 pages
Isolated by her oddness (so she says) and consigned to life in “a place of sand and barrenness,” MacLane seems to have spent most of her time taking long, angry walks, proclaiming her genius, chatting with the devil, and fantasizing about her English teacher whom she calls “the anemone lady.” Bored to tears in Butte, Mont., she may have been, but out of a desire to mine her mind and celebrate her body, she produced this sour little torch song — to herself, to fiery ambition, and above all, to her will. “Today I walked far away over the sand in the teeth of a bitter wind. The wind was determined that I should turn and come back, and equally I was determined I would go on. I went on.”

Cotton Tenants: Three Families
By James Agee, Walker Evans, Hardcover, 224 pages
In 1936, the writer James Agee and the photographer Walker Evans collaborated on a project for Fortune magazine, a profile of three sharecropping families in Alabama. On their return, Agee submitted a report to the magazine, which never ran and was thought to be lost. In 1941, the two published a book on the subject (Let Us Now Praise Famous Men, which became the classic account of poverty during the Great Depression), but it’s only recently that the original 30,000 word article was recovered. It’s just been published for the first time.
Evans’ photographs are, as ever, somehow austere and warm. The interiors possess the quality of stillness, silence and suspended time we see in Vermeer. The portraits confer dignity upon the sitter. Beside them Agee’s prose wriggles in its fetters, trotting obediently for a time, then bucks to be let free. He is edging toward the excess and hallucinatory intensity of Let Us Now Praise Famous Men. Here he is on the father of one of the families: “Frank Tingle is fifty-four. Crepe forehead, monkey eyebrows, slender nearly boneless nose, vermillion gums. A face pleated and lined elaborately as a Japanese mask: its skin the color of corpsemeat. He talks swiftly and continuously as you run downstairs to keep from falling down them; says most things three times over; and clowns a good deal as many sensitive and fearful people do.” Agee’s gaze is compassionate, keen, sometimes intensely problematic — his insistence on sexualizing the children of the poor is distressing. At his best, what we see is not merely a poet looking at poverty, but one learning to navigate his gifts, who merges into everything he sees. “The spring is not so deeply cowled beneath the hill that the water is cold and nervy: it is about the temper of faucet water, and it tastes sad on the mouth.”

Exercises in Style
By Raymond Queneau et. al., Paperback, 262 pages
Speaking of style, it’s seldom been married to content as perfectly as in this book by the French experimental poet Raymond Queneau, who offers 99 variations on a simple story: A man wearing a felt hat with a corded tassel boards a bus. He gets into an argument with another passenger. Two hours later he meets a friend and is told he needs a button sewn on his coat. Each entry is short — just a page or two, and tells the story in a different style: through the sense of smell, as a telegram and an opera, in Cockney slang and haiku, in anagrams and from the point of view of a biased observer, in spoonerisms, and in reported and passive speech. Each entry is an investigation into how language orients (and disorients) us in the worldTo commemorate the book’s 65th anniversary, 28 of the exercises omitted from the original have been translated and added to the book, along with tributes by contemporary writers like Blake Butler, Amelia Gray and Jesse Ball. Skip the tributes. They’re smart and affectionate, but they won’t tickle or haunt you the way the original exercises do. It’s a testament to how impossible this kind of thing is to do well — let alone so magically.

One Thousand and One Nights: A Retelling
Hanan al-Shaykh, Hardcover, 288 pages
Can we count it among Scheherazade’s triumphs that her story seems to have supplanted the ones she told to stay alive? As the story goes, she married a king who married and murdered a virgin each night to avoid being cuckolded. Clever Scheherazade spun tales of such intrigue, she was permitted to stay alive night after night until the king fell in love with her and permitted her to live. Those stories are collectively known as the One Thousand and One Nights (for each night her wit kept her alive). And while Scheherazade never appears in them — she just provides the frame — it’s the teller not the tale who stays with us.The Lebanese writer Hanan al-Shaykh performs a great service in retelling them in her new book that also features a superb introduction by Mary Gaitskill. Al-Shaykh has shifted the camera angles, as it were, and trained the spotlight on the characters — and especially the female characters. We get more of the essence of these stories, their anarchic humor and cheerful sadism, the horror and delight they all seem to take in “the cunning of women.”