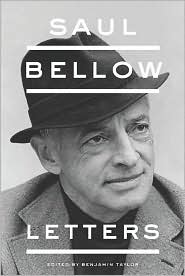 Collected and annotated by Benjamin Taylor, these letters reveal in Saul Bellow a rare consistency: From the first letter in 1932 to the last in 2005, Bellow’s ex-wives accrue, his fortunes rise and fall, but his character, his generosity and obsession with literature remain fixed.

In the earliest letters, Bellow is a young writer, learning how to lift observations and emotion from real-world experience and alchemize them into art. He hones his work amid the clamor of a full life, occupied by the needs of an ever-growing family and those of his fellow writers. Bellow spilled a prodigious amount of ink stumping on his friends’ behalf, recommending promising unknowns like “Jimmy” Baldwin and Philip Roth for residencies, tending to John Berryman’s blues and taking on Martin Amis as an adoptive son. His missives could be severe, as in one letter to Roth critiquing I Married a Communist, or they can be flooded with feeling, as his correspondence with John Cheever shows.

To Bellow, losing the habit of writing letters meant “dying back into private consciousness and a kind of miserliness.” Their existence testifies to how he prized abundance. Whether dealing with complete strangers, friends, foes, friends turned foes or foes forgiven, he is always profoundly concerned with how to write, how to live, and above all, the pleasures of love, hard work and grim humor.